Part two of my greek story.

I have been in Greece since 1976.  That is a very long time.  We lived ten years in Piraeus. The last five years in a two bedroomed  flat on the first floor .   Underneath lived a woman without children and the noisy pitter patter of our feet above her head gave vent to much banging on the radiator pipes.  Fortunately we were well liked by the rest of the occupants and never had any other trouble.

K was away on Navy business a lot of the time and I was on my own.  I used to put both children, around 2 and 3 years old then, in a pushchair, and haul them onto the green bus which took us an hour away to Syntagma Square in Athens.  From there we would walk up to the British Library where at least I could find English books to read.  They saved my sanity.  Not much else in english was available then.  Or we would go for a walk through the National Gardens, feed the ducks and stare for a while at the pitiful 'zoo' of two mangy wolves, a couple of monkeys and a peacock.  Often I would push them up to the top of the Acropolis.  Because I had Greek citizenship I had an official ID card and we were allowed in for free.  Now the Greeks pay just as much as the tourists if they want to see their national monuments.  At least my girls can boast that they have seen all the ancient ruins and not only once or twice.  We would picnic in the ruins around the old Agora (market place) at the foot of the Acropolis and in the temple to Hephaestos (the God of metal working and fire).  It is cordoned off now but then we could go inside and the girls would play around the columns. 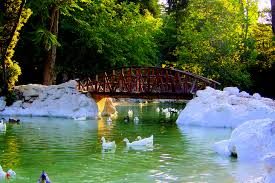 All our entertainments had to be cheap.  We lived on very little and I remember once towards the end of month going to the bank to withdraw our last 500 drachmas.  That is about 3 euros now.  I bought macaroni, sugar and custard powder to give us a few more meals.  The children didn't mind at all.

I had a network of foreign friends and we met at different houses (apartments) for coffee mornings.  I had to take my unsociable children with me and they did tend to scream a bit in company.  I met a South African couple, Margo a doctor and Jimmy a bank manager now retired, who lived on a yacht in Piraeus marina and they would walk the girls till they calmed down.  We often visited them on their boat.  I valued their friendship tremendously.  Understanding, common language, book swapping, wine drinking.  Manouvering two small children on and off a small yacht was a little complicated but they just took it in their stride even when one of the girls threw their shoes overboard.

Then my husband, a Naval Officer was transferred to the Navy base at Souda in Crete.  I loved Crete.  We lived in a small village, Mournies, in an 80 year old house for the first year which had great cracks in the floorboards, a leaky bathroom where you sometimes needed an umbrella to go to the loo and watercuts which meant carrying buckets of water from a tap across the road. Great fun.  I even ran the washing machine by pouring in buckets of water at what I deemed to be the right time, water often left in buckets on the balcony to be warmed by the sun. The youngest started schooling at a school where the first two classes were taught by one teacher.  I learnt to read and write with her. 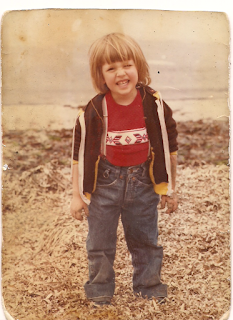 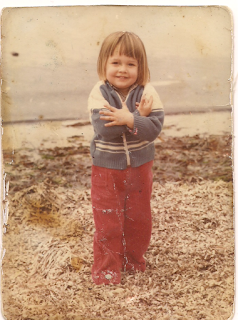 The village people just took us in as their own.  On the first day we moved in we found a big bag of grapes on the doorstep and the villagers just continued to give and give.  We were overwhelmed with oil and tomatoes, and whatever was in season in their gardens.  They gave us advice, looked out for our children who ran free in the fields, invited us into their homes and would take nothing in return. 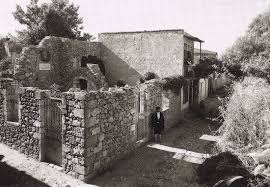 A village street in Mournies


We would walk for miles through the narrow lanes visiting the other villages, often late at night, singing nursery rhymes in Greek and English at the tops of our voices.  Or just after payday we would visit the local taverna and eat grilled chicken washed down with a very rough strong, dark red wine.
Coming home we would always be freaked a little by the hooting of the owls.  Time to sing even louder, me in English, the rest in Greek.  I did english animal noises and they would reply in unison with  Greek animal caterwauls.

There was only one store then and two cafenions (where the men went to drink coffee and raki) but down the road was a pitta bakery. OMG those delicious pittas still hot and moist from the oven.  It was lucky we walked a lot.

K brought lots of recruits and fellow officers back to the house and we would have BBQs in the back garden where the pig sty used to be and eat meat from the Navy storehouse, meat which had been in the freezer sometimes for a couple of years and could be as tough as an old shoe.

The next two years we spent in Navy housing with the girls going to a Navy school.  Life was cheap there.  Everything was subsidised and we managed to buy a small car and start exploring the island.  Crete has everything.  Mountains, cities, lakes, long empty beaches, crowded tourist resorts, small villages and ancient ruins everywhere, most of them unknown back then and unvisited, except by us with a picnic. We went searching for snails when it rained and kept them on the balcony till we cooked and ate them, we saw a goat being born.  We spent the summer on the Navy beach and exploring the island.  We ate for next to nothing at the NATO base. 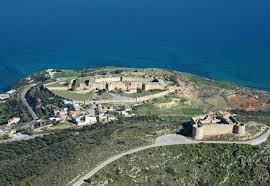 This is the site of Aptera.  It must have been excavated since we were there.  We used to picinic on some of the huge stones enjoying a panoramic view of the gulf below.  It was overgrown back then and hard to see it's dimensions.

My parents and one of my brothers visited us while we were there and we did more exploring, taking our car to the ruins of Phaestos, Frankocastello, Gortyrs, Mallia, Zakros, Paleokastro.  Knossos, the best known ruins just outside Heraklion I think I visited four times, once on a school trip. 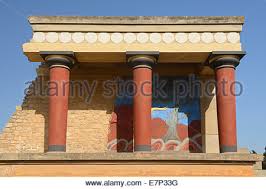 I loved the life there and actually cried as I saw it disappear into the clouds when we left.  But being in the Navy then meant that every 2 years would mean a transfer.

I'm sorry I haven't scanned any more photos.  When I learn to re-use the scanner  I'll post some more.  This story was just three paragraphs but it seems to have grown as I rewrote.  And this is only part of the memories.  The good memories 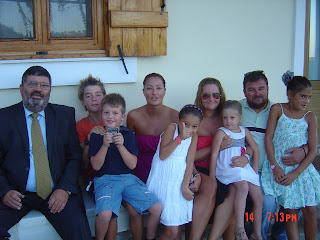 The family today (well two years ago).  I took the photo