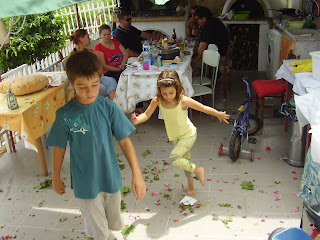 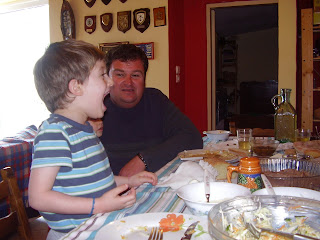 Jamie trying to catch the egg - tradition at the end of Lent.  You can't see the egg in this pic 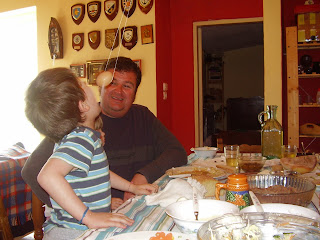 He almost got the egg!  It is suspended with cotton from the beams above. 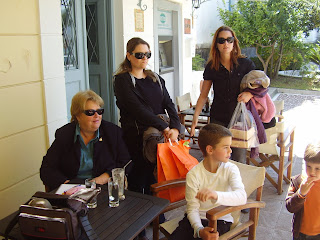 Linda, Elli, Danae, Georgie and Jamie - at a cafe after the 25th March parade 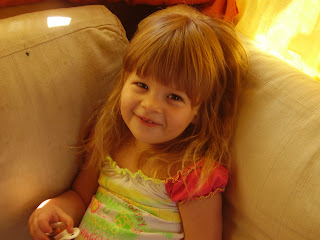 Natalia is growing up.  She's a terrible two but actually three going on four 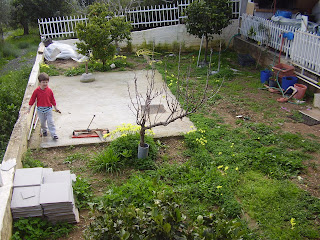 Jamie in the back yard - the 'before' pic.  Next year hopefully we'll have grass where the weeds are 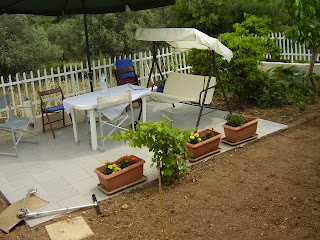 Ground ready to be sowed and a bit tidier.  The swing we got for K for his name day 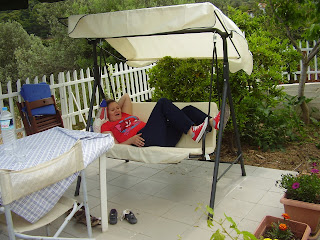 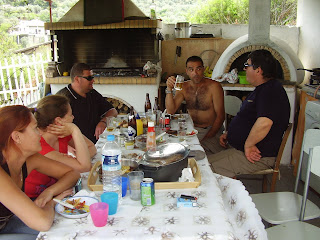 The day after K's name day when the family got together.  Elli, Danae, Kyriakos, Yianis, Kosta 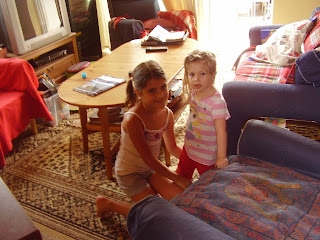 Nels and Natalia in the lounge with all the IKEA furniture -
Posted by local alien at 04:00:00 1 comment: