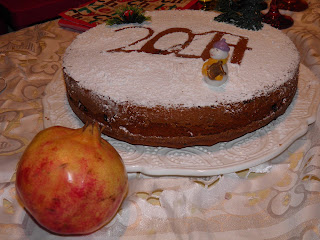 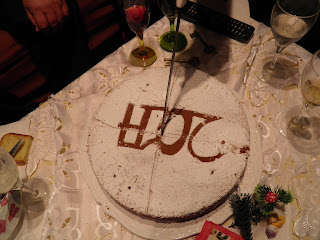 The cake about to be cut.  The knife has already drawn a cross through the icing sugar 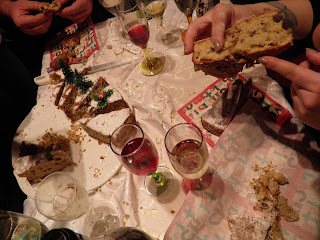 Where is that darn coin?  We had to 'dig' into every piece and still couldn't find it.  It was in the very bottom of the very last piece cut.  We were already haranguing the baker and accusing her of forgetting to add the coin to the cake mix.  She HAD forgotten and had poked the coin in afterwards so it was definitely there, somewhere.    In cutting the whole cake we had to cut pieces for all those present including the dog and then went on to members absent and finally the coin went to another son-in-law 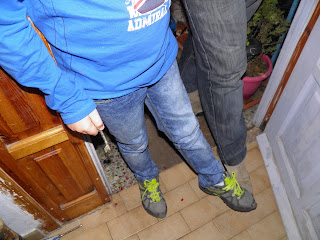 At midnight as the bells rang out and a ship's hooter rang out long and loud the youngest in the family, their father and the dog stepped out the front door, one with a big key in his hand.

Then they stepped back in again, right foot first, to bring good luck to the house during this new year. 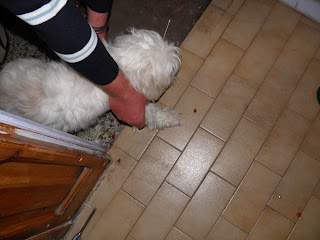 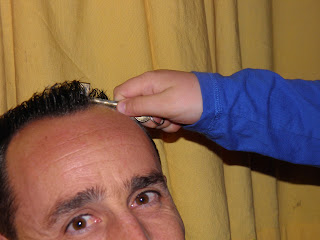 The young grandson took great delight in banging everyone on the head with the key, apparently to bring us all good luck as well, and a head as hard as a key. 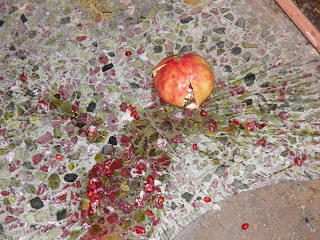 Young grandson then took even more delight (as young boys do) in running outside and smashing the pomegranite outside the door.  Evidently we should observe the number of seeds and the colour of them to 'see' our luck for the year.  I was amazed at his strength.  Having tried in other years, I know that it is not so easy to actually smash open a tough pomegranite. 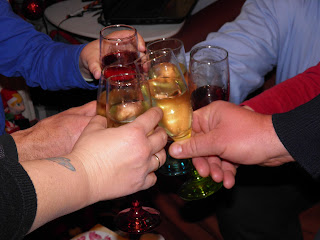 And the adults opened the bubbly to celebrate the dawn of a new year and the hope of great things to come.

The first great changes of 2017 have been announced with increases in the prices of  petrol, coffee, mobile phone calls, internet and cigarettes.

These are the traditions in our area of Greece, on our island, and with our finances.

One tradition we seemed to have lost in our family is the playing of cards for money and betting on the toss of a coin.  In years gone by we have spent all New Years eve playing card games till dawn with friends, not for great amounts of money but simply to carry on the custom and enjoy a bit of friendly rivalry and banter.

When the children and cousins were young we would gather around the family table with a purse of small coins kept by Yiayia specially for the occasion and play '21'.  After googling this game it seems actually to be blackjack.  We used to play it for hours on New Year's Eve and New Year's Day, winning and losing and without tears and grizzling.

We also always buy a lottery ticket at New Year.  So far without any luck . 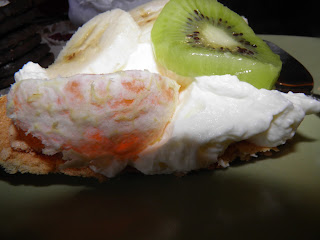 To finish off these celebrations we had a 'downunder' pavlova after the New Year's day meal, made by a kiwi and garnished with a kiwi (fruit)