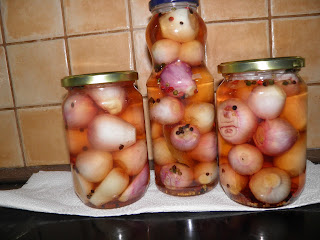 Homemade pickled onions.  I pickle them in vinegar and honey from a recipe in Aunt Daisy's cookery book (a New Zealand radio personality from the 50's) 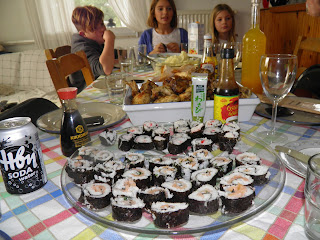 Homemade sushi.  My two girls made these for my birthday lunch (way back in 2016).  They were darn tasty.  We even tried eating them with chop sticks, not very successfully but with lots of laughs.
Such clever children I have! 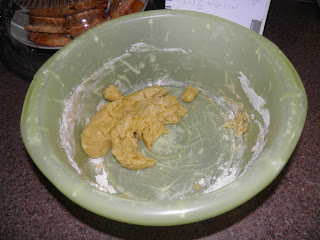 Mix all the ingedients together to a soft but not sticky dough.  Roll out small pieces with your hands making a long snake.  Cut off small portions and curl into biscuit shape 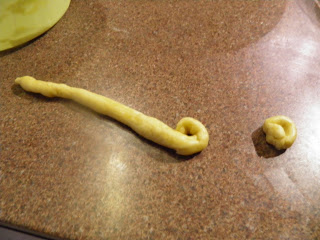 That's the traditional recipe but as usual I think it needs a foreign boost. Some oregano maybe, chopped chives, hot pepper, even some grated sharp cheese. 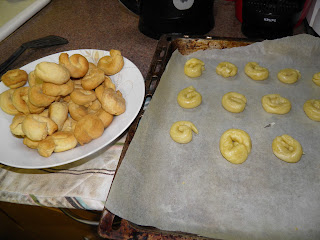 Sprinkle with sesame seeds before baking.  I did not.  Sesame seeds get everywhere and I am forever cleaning them up from floor or table.

Eat instead of peanuts or crackers with your glass of wine 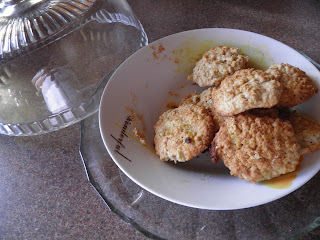 These are caramel apple oaties from a recipe on The English Kitchen.  They are the best apple cakes/biscuits I have made.  My son-in-law took them on a fishing trip and came back to finish the rest of them (after leaving a bag of fish) 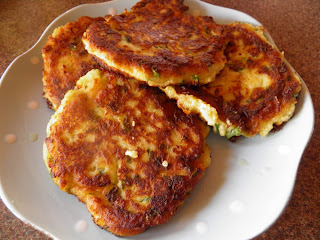 The video at the end of his post is worth watching just to see Keith Floyd in action.  He was a real entertainer as well as a great cook.

These potato cakes are very easy to make once you have the mashed potatoes.  The second time around I added a little grated cheese and chives.  Very tasty Dave.