Chimney pot tops and corners.  After google-searching I found that chimney toppers are called cowls.  You can have a directional wind cowl, an updraft cowl, a capping cowl or a clamping cowl.  There are probably even more.  I have been observing these cowls in the neighbourhood recently.  On our house we have two sorts.  One homemade and stationary and the other two are stainless steel and seem to be for anti-downdraft purposes. 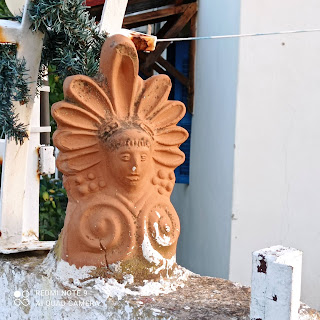 We also have these clays heads on the corners of the roof  sometimes for decoration also to manage rainwater flow.  This one is a leftover, concreted onto our front gate post
Shell decorated terracotta head of a greek woman?
Or could it be Medusa? 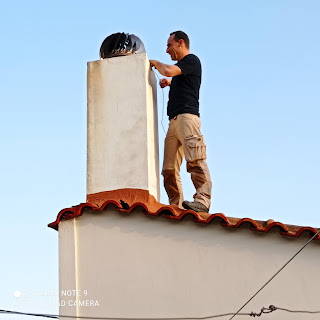 Our two fireplace chimneys are topped with metal twirly things, cowls apparently.
This one is atop our old fireplace which we no longer use.  The twirly thing goes round and round in the wind and makes annoying whistling noises.  Our nephew and friendly run-arounder, cousin George got up on the roof and tied it down with wire.  There is no longer an irritating high pitched cacophony to disturb traditional people's rest. 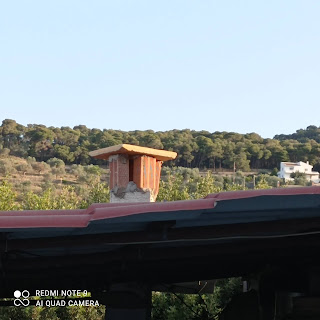 This is the very practicle top over the outside wood-fired oven.  Four bricks topped with a large floor tile 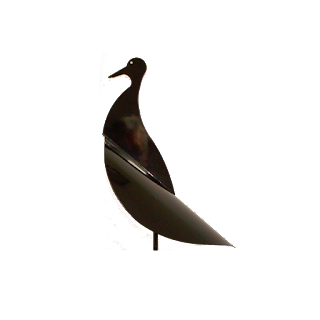 Our neighbour Vaso has an elegant bird with a flowing tail atop her chimney and it turns regally in the wind.  I cant take a decent photo of it so this is a similar one I found via google.  Vaso's has a longer flowing tail of shiny black metal 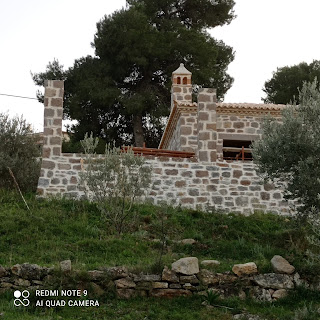 The stone house is almost finished now.  The roof is on and its chimney in place 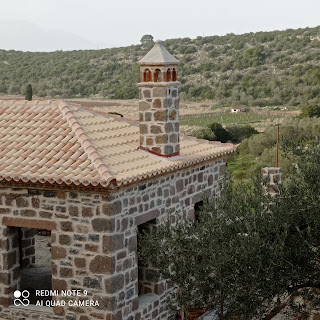 This is their chimney top.  Certainly not a cowl.
I really like this style.  Fits in perfectly with the rest  of the building 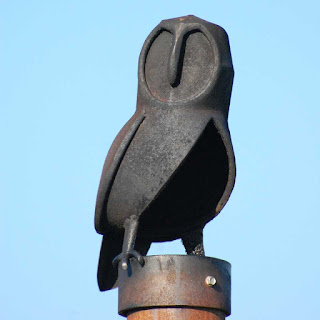 This is the chimney topper I would like, if ever asked.  The idea of a wise old owl atop my roof  pleases me greatly.
Just one problem. An owl on the roof here is bad luck, a harbinger of death.
Posted by local alien at 23:58:00