Lent begins in 3 weeks time,  on March 11 starting with Clean Monday and 7 weeks later we end the fast with offal soup on midnight of Easter Saturday and  spit roast lamb on Easter Sunday, 28th April here.

Our carnival season started off with a dinner and dance organised by the rowing club.  The party was to award medals to some of the rowers and raise funds so the kids can continue their training and travel to the competitions all over Greece.  All our grandchildren are rowers. 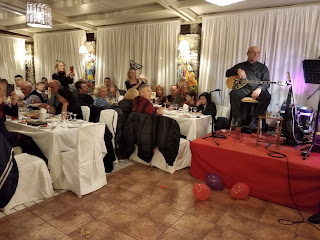 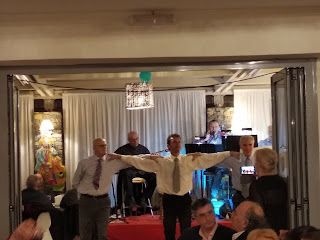 Lots of dancing.  This is the 'harsapiko' the butcher's dance 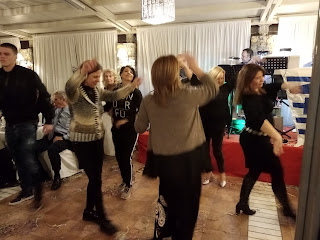 Most popular are the circle dancers.  Anyone can join in, and does 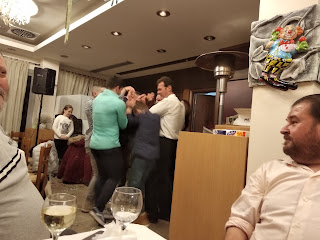 At the other end of the room the rowing coach, and dance master, grabbed all the children and got them up to dance 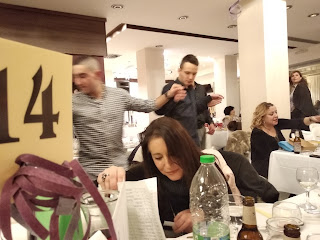 Then they snake danced around the tables.  A good time is always had by all 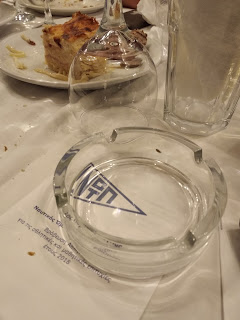 Ashtrays on the table, even though you're not supposed to smoke indoors and it was an athletic club gathering
Didn't see anyone smoking though.  Anyone desperate for a fag grabbed their coat and went outside for a quick puff, glass in hand and a few friends in tow for a gossip as well 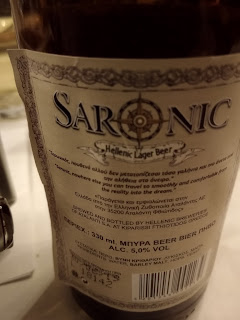 A litre of wine was provided in the price of the meal, after that you bought your own.  The beer was local 'Saronic Lager Beer'.
Poros Island is situated in the Saronic Gulf
The bottle described it this way
'Saronic, nowhere else can you travel so smoothly and comfortable from the reality into the dream' 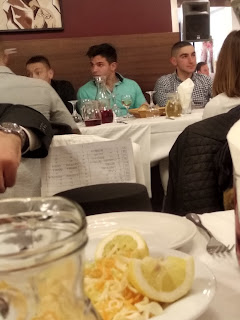 A glass of wine with a meal is the norm for all of us, including the athletes who are still at school.  Kids grow up with alcohol.  They  drink a glass of wine or beer as they grow older, at a family meal. 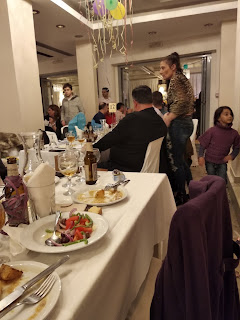 No-one stays in their seat.  Kids run around having fun, leaving parents to enjoy themselves too.  Most will get up to dance, socialise ... or go out for a cigarette 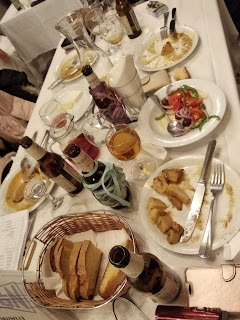 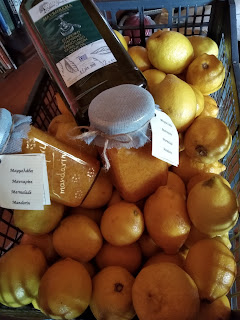 Funds were raised by selling raffle tickets.  Everyone won something.  For 5 euros you got a card with a number and went up to claim your prize.  There were 329  gift donations to win.

A jar  of jam or kilo of lemons makes us happy but a night of loud music, organised chaos, makes some even happier