We saw Harry in the last blog.  Well, looking for something else ,these quotes which Edith had copied suddenly popped up in front of me.

Edith was in her 83rd year when she started writing her life story.

Grandmas should write down the stories of their lives however dull they seem to them.  For such tales show history as it is – a procession of interlocking lives.  A unity.  The family of mankind.
Charlotte Gray

It is too late!  Ah nothing is too late
Till the tired heart shall cease to palpitate
Cato learned Greek at eighty; Sophocles
Wrote his grand Oedipus and Simonides
Bore off the prize of verse from his compeers
When each had numbered more than four-square years
Chaucer at Woodstock with the nightingales
At sixty wrote the Canterbury Tales
Goethe at Weimar, toiling to the last,
Complete Faust when eighty years were past
These are indeed exceptions, but they show
How far the gulf-stream of our youth may flow
Into the Arctic regions of our lives..
For age is opportunity no less
Than youth itself,  though in another dress
And as the evening twilight fades away
The sky is filled with stars, invisible by day..
Henry Wordsworth Longfellow 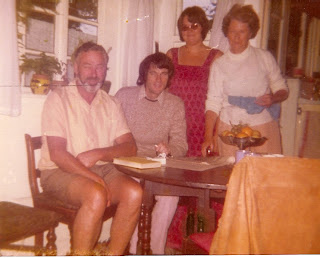 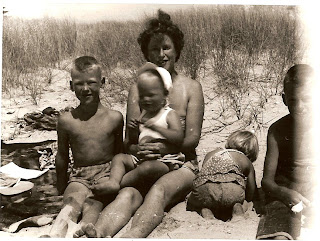 In days of olde - Paul, Edith with Tony, Linda, Richard 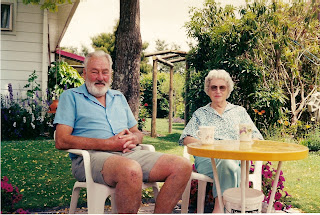 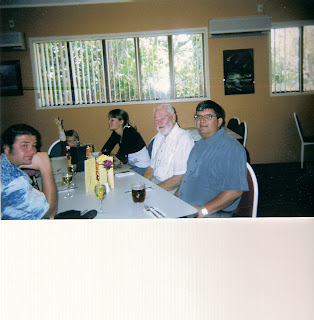 Email ThisBlogThis!Share to TwitterShare to FacebookShare to Pinterest
Labels: Edith