K revamped our bbq while he was on lockdown
The brickwork along the front of the BBQ and the wood oven was getting black and greasy.  One of the sons-in-law had put marble along the front of his own BBQ so K was inspired to do the same, instead of lining the bricks each time with silver paper.  Marble is cheap here and we have  some big pieces down at the bottom of the garden, given to us when we moved in 12 years ago, to make a working bench in the outdoor kitchen.  It isn't all rubbish at the end of the garden.   Now and again, the 'treasures' do come in handy though I can't see the rusty bicycles and rotten planks being useful at any time. 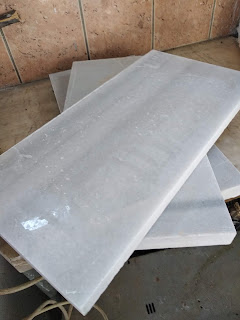 These extra pieces of marble came from across on the mainland at the marble cutting place.
15 euros 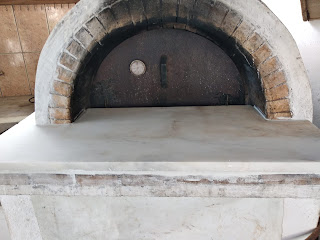 The front of the woodfired oven is now nice and clean 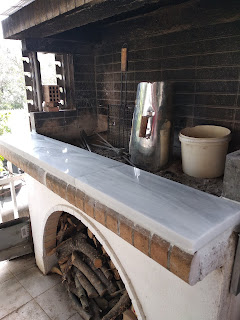 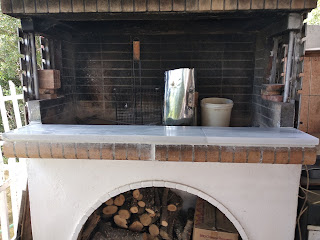 A clean white shiny BBQ .  15 euros for the marble and 20 for the bits and pieces used to put it in
K also applied a couple of coats of some sort of sealer
I wonder how long that will remain a pristine white
Posted by local alien at 10:18:00