For 27 years Greeks have been blocking the country over the border from calling itself Macedonia.  Macedonia is a Greek state in the north of our country, home of Alexander the Great.  Macedonia is Greek say the greeks and only Greek. 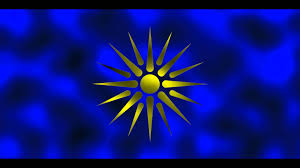 The neighbouring country, which the Greeks call Skopje, which the world offically knows as FYROM (Former Democratic Rebublic of Yugoslavia), has adopted the red and yellow flag of Macedonia and demands the right to call itself just that, saying they also are Macedonians. 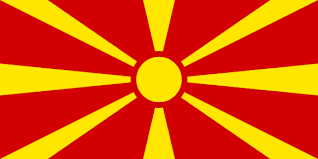 
After 27 years of 'stiff' negotiations Greece and Skopje have come to an agreement.  It will be known as Northern Macedonia.

For 27 bloody years Greeks have denied them the right to that name saying they will block their entry to NATO and the EU if they adopt any name with Macedonia in it.

Now our PM is calling this a historic agreement.      The people of Greece however are saying he has given away a piece of greek history and culture and betrayed the greek nation.

Protests began immediately all over the country and the Greek Parliament is debating a No-Confidence vote.

Churches in the city of Kalavrita were ordered to ring their bells in mourning by  hardliner Bishop Amvrosisos after news of the agreement.

Actually there are protests on both sides of the border and I doubt the agreement will ever be signed despite pressure from the US, EU, IMF and NATO to resolve the issue

During the no-confidence debate a member of  the Golden Dawn party, an extreme right wing party,  called for the army to arrest the PM, President and Minister of Defence (Leader of the coalition party) and to take over the country in a military coup. 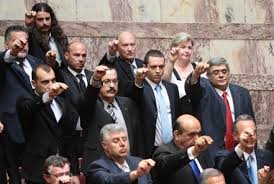 Golden Dawn in the Greek Parliament


I haven't heard it on Greek news yet but according to foreign news sources  that was too much even for the far-right and he has been thrown out of the party.  He will also be investigated by the Justice Ministry.

Terrorist Dimitris Koufontinas was sentenced, in 2003, to 11 life sentences for carrying out a series of murders for the terrorist group November 17th.  There was huge objection from the public when twice he was given 48 hour prison leave in the last few months.
Life imprisonment with home leave! 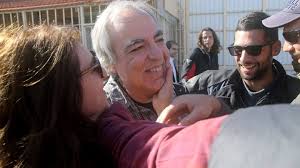 Being greeted by supporters on his first leave

His next request for leave was blocked so he went on a hunger strike.  Today he stopped his hunger strike as he has been granted another 48 hour 'recouperation' pass.

The terrorist group carried out 103 attacks on US, British, Greek and Turkish targets, killing 23 people.  One of their leaders, also allowed out on prison leave, failed to return after one of his 'holidays' and remained at large for 18 months.  He was apparently preparing for another attack when he was finally re-arrested.

So despite protests from Britain and the US, outrage from the vitcim's families and the possibility of his disappearance, terrorist and murderer Koufontinas has been yet again given leave to recouperate and plot.

Turkish Minister of Foreign Affairs announced that not even a bird will  fly over the Aegean without Turkish consent.

Turkey has elections on June 24. Maybe the conflict will calm down once Erdogan rules supreme once more and has no need to show his might by threatening greek sovereignty 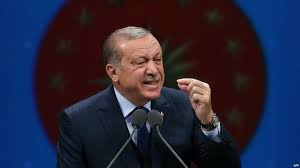