This year we're suffering from a plague of locusts, indoors.
Locust, grasshopper, praying mantis, anything that hops and jumps 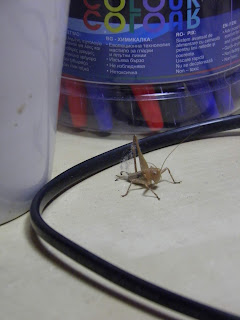 This little fellow kept me company as I wrote on the computer.  He didn't move for hours and I had to wiggle a pencil at him till he waggled his feelers and show a sign of life 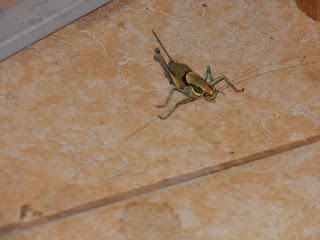 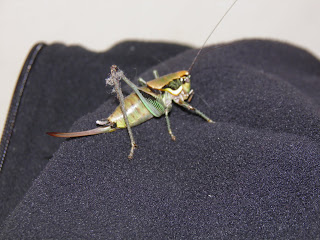 Every year we seem to be invaded by some branch of the insect family.  This year we also have a lot of smaller spiders which scurry into corners but don't annoy.  Last year it was daddy-long-legs.

One year it was wasps.  We couldn't sit outside and eat or drink which was bad news in midsummer when we  live and sleep outdoors.  Dozens of wasps would zoom in on the table and cluster over any glass or plate.  In the end we learnt to burn a handful of greek coffee.  The smell and smoke warded them off but it didn't make for a pleasant meal.   We stayed inside with the aircon on during the day for a month or so. 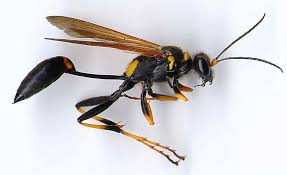 These nasty things with long dangly legs are called 'builders'.  They build mud like nests in the folds of curtains, in speaker boxes, in the wooden slats of the shutters.

Then we had the year of the flies.  Flies everywhere, hundreds of them inside the house.  We couldn't get rid of them.  We sprayed and vaccumed them up and kept doors and screens shut tight but they infiltrated anyway.  The invasion lasted about a month and then thankfully they disappeared.

We've had the year of the frog, so many of them hopping over the road at night that you just couldn't help but run over a few of the poor things.

The year of the midge, or some sort of small fly which swarmed in certain places along the mountain road.  I had a helmet that covered most of my face but had to keep one hand over my mouth when coming up the mountain on the quad bike so they didn't suddenly disappear down my throat.

The year of the hornet when they invaded the grape vines.  We had nasty great brown and yellow hornets dive bombing anything edible in the garden.

Snails.  So many of them eating in my garden I paid the grandchildren 5 cents a snail and they gathered bags of them.  I was going to prepare them for the pot but couldn't be bothered in the end and emptied them out in a field a long way from home.

We enjoy all the pleasures of living in the countryside!