The Carnival is Never Over .... 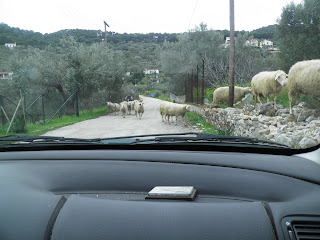 A herd of shaggy greek sheep.  Their shephard was behind them on a motor bike.  They scattered amongst the olive trees 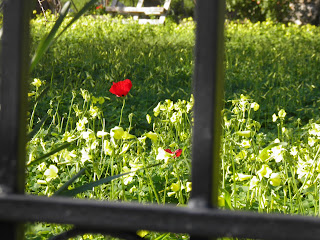 First of the blood red poppies.   Poppies usually appear in early April .  These are very early 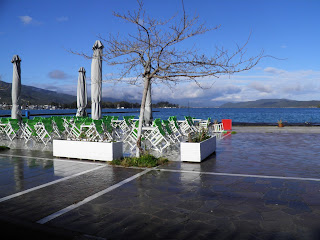 The green chairs cafe has stacked its chairs temporarily in this damp weather.  The sky is blue but the flagstones are wet 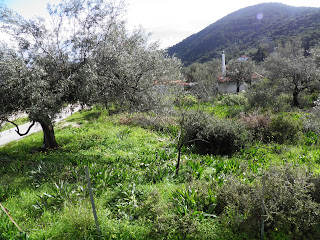 This is the green scene from my balcony.  Birdsong and a fleeting breeze in the olives to soothe the soul 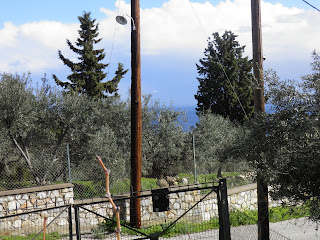 If only ..... there is the sea far away in  the background.  We can hear the chug chug of the little fishing boats as they follow the coastline searching for a shoal of little fish.  We can only glimpse the sea because of a curtain of trees and powerpoles. 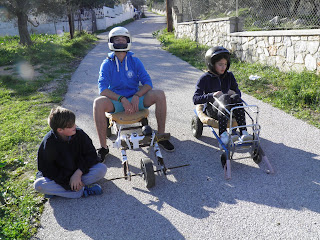 The grandchildren built a second push cart.  No brakes, no steering but they do at least wear our crash helmets and now start lower down the hill so the momentum doesn't take them into the olive trees and the stinging nettles.    Good fun 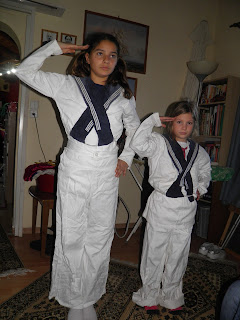 Wearing grandad's naval uniform.  These are the actual uniforms he wore when he first entered the Naval school on Poros at age 13, 47 years ago 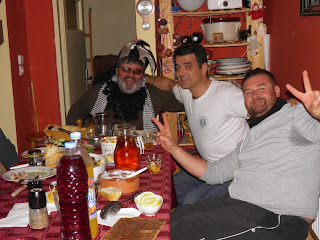