Winter at the Cafe

Now is the time to visit the island, not with the hordes of tourists who come to bake in the midday summer sun.

Now the islanders start to relax and enjoy themselves.  Not that the summer sun stops them from enjoying each and every day.

We had the car insurance to pay yesterday, a loaf of bread to buy and a coffee hit to savour in the T Cafe.  This is the 'multi-coloured-chair cafe', previously known as Tiropoulos Cafe.  Like Colonel Sanders they decided a shorter version of the name might be easier to pronounce and remember.    Though I believe that the savvy old Colonel realised that anything with 'fried' in the name was no longer desirous in these days of health freaks and organic vittles.  KFC has become the universal name, even here in Greece 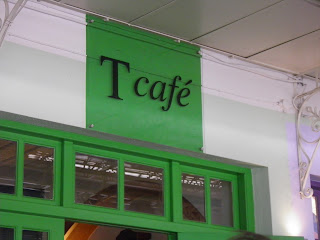 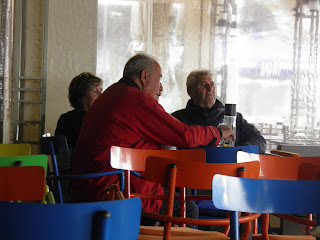 Summer or winter this group are regulars.   By 10.30am they are sitting in their winter seats inside the protective nylon.  In the summer their spot is beside the road, out under the tree  to catch the breeze.  Unless we get there first. 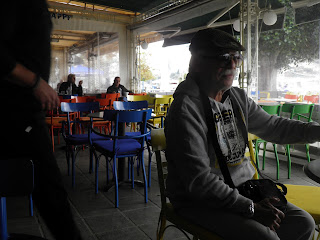 This old geezer flits from table to table talking to everyone in a very loud voice.  Daily.  Today he sat down at the table next to us and we learnt all the islands gossip in one fell swoop.  We sat silent for half an hour while he rattled on about a  couple of house robberies, someone's hernia operation and all the inside info on the new roadworks outside the cemetary. 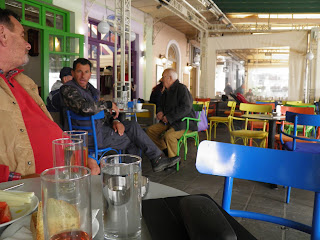 This table on the inside of the cafeteria is 'reserved' for fishermen who have sold their catch and parked the caique.  They are usually joined by a couple of taxi boat captains waiting for their turn to ferry passengers across to Galatas and whoever wants to waste an hour or two. 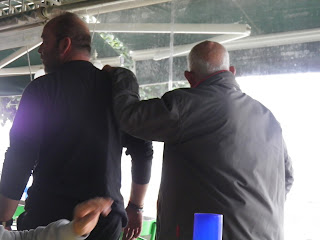 This son brings his father down every morning for an hour or two with his elderly buddies.  The father can hardly walk but holds on to his son, stick in the other hand and hobbles out to the car parked by the curb.    A Greek cafeteria is the equivalent of the NZ 'working man's club'. 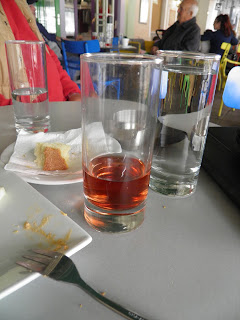 I haven't been down here for weeks.  I was hoping to get away with just a large capuccino.  No such luck.

The 'men folk' in earlier days would pass their evenings in a small neighborhood taverna drinking a 'koupa' of wine with a pocket full of olives for a 'meze'.

This 'koupa' measure is a drinking glass, full.  And this is how we were served.  Eight or nine of these kept on coming out on a big tray for our ever growing 'company'.  I drank two and decided it would be better to stop right there. 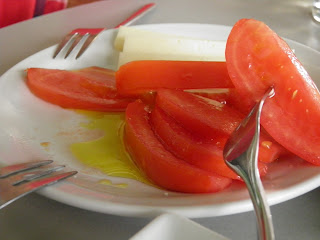 The first 'koupas' were served with a few pieces of cheese, slices of tomato with some of this years early harvest olive oil from the olive trees of the cafe owner. 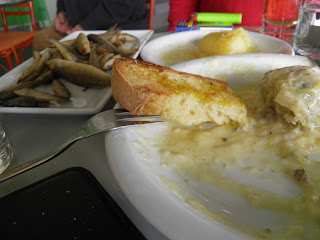 As time passed we were in need of more serious food and a friend went next door and brought us plates of stuffed cabbage leaves in an egg and lemon sauce, fried 'little fishes' and chunks of bread drizzled with oregano and more of that thick fresh oil.

What did we talk about?  Olive trees, the weather, size of the fish. I don't remember. After a while my mind drifted off.  I took a few photos, answered a few emails, laughed in the right places.  I'm obviously not Greek. 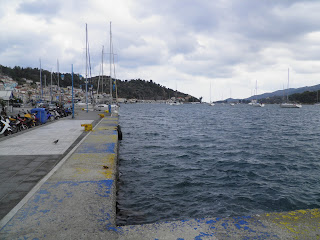 Four hours later I stiffly rose from my chair and discovered it was siesta time and the weather had changed from sunshine to a cloudy grey and windy afternoon.