Xmas day in a Greek home.  A sunny warm day.  The children roared around the neighbourhood burning off the extra sugar. Highlight of the day for them, a tortoise shell (sounds better than dead tortoise) which is now hanging in a tree to dry out.  Photo of that tomorrow. 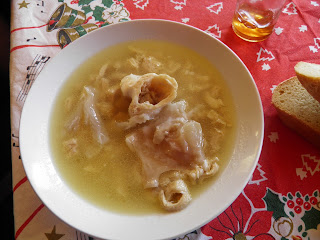 11am a plate of tripe soup and a few glasses of wine.  The soup is the broth from a boiled goat's foot and stomach.  Just the thing to settle the stomach and prepare it for the feast to come 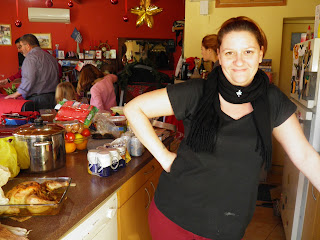 Chief cook and bottle washer.  We have a dish washer but Elli washed at least three loads by hand even before the battle began.  She's done her dish washing duty for 2016, '17 and '18........she says 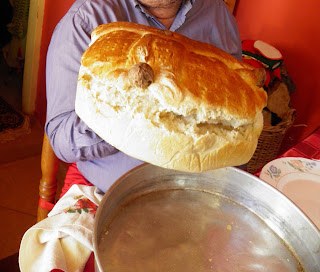 The famous Christmas loaf just before it was 'broken'.  It rose and rose up in the pan but fortunately didn't fall over the sides and was perfectly baked. 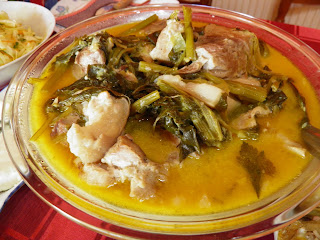 Traditional Xmas fare .  Pork and celery with an egg and lemon sauce 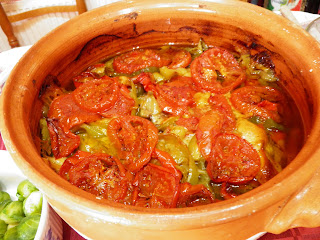 Another popular greek winter festive dish.  Pieces of lamb, pork and chicken cooked in their own juices in a sealed clay pot.

There were cabbage and lettuce salads, crispy potatoes, roast pumpkin, a stuffed chicken ( my prefered tradition) sprouts and loads of gravy with  a flavour boost from some English Bisto and Greek wine 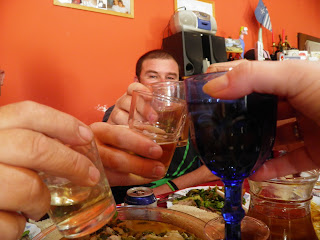 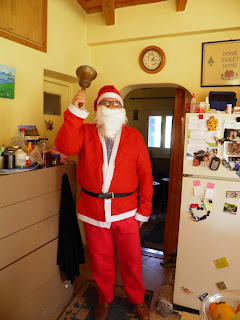 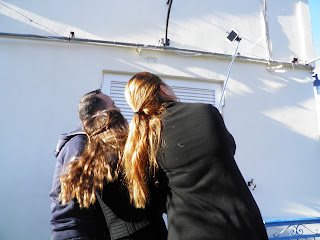 Playing with our presents.  A selfie stick 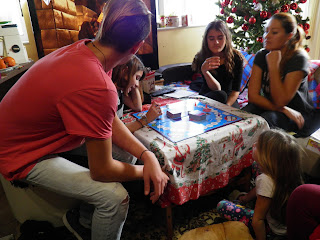 A greek spelling game.  I discovered my greek wasn't quite as good as I thought it was and handed my turn over to my grandson and his sister 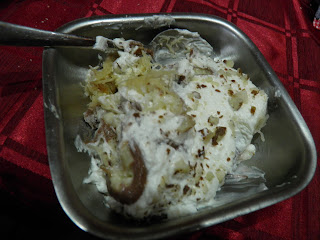 One of the desserts.  Ekmek.  Shredded pastry base with a nutty creamy topping.

We also had some individual chocolate souffles (from a packet, so much easier), a xmas log which teenage grandson ate all by himself.  All the food goes to his huge feet and he just grows taller.  The log was a dismal failure but even though the chocolate base was tough it was full of sweet strawberry jam and cream which he ate with gusto.

Best wishes to all of you.