children will be children...even in the day of the ipod 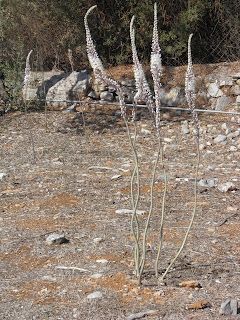 You might recall I wrote a few posts ago about the 'drimia maritimia' commonly called a 'boska' around here.  This is the flower which has sprung up in fields around us like a ghostly army awaiting ......small boys with hatchets.  Underneath this flower is a huge bulb.  The flower and the bulb are poisonous 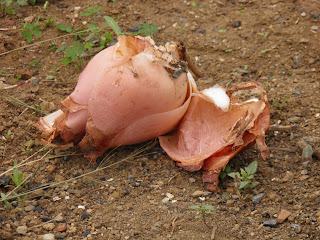 The army of small boys arrived, accompanied by their sisters.  I'm not sure if they had hatchets but they certainly had spades. 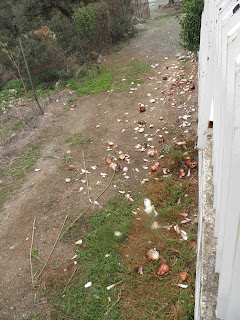 The neighbour's road is a war zone full of obliterated boskas

Our five grandchildren had a whale of a time last weekend.  It was war, boys against girls I think, boys down in the field next door where the boskas resided and the girls up on our terrace armed with grapefruit and the hose. 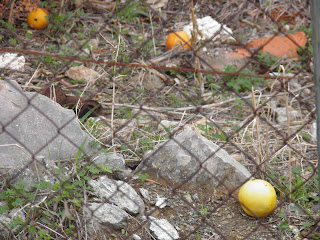 The older children usually spend a lot of time when visiting filling our laptop with complicated computer games which they play through skype with other cousins in Athens.  They hog the internet  (no-one else is allowed to be online as it slows down the game) and   zone out to the rest of the world.

But they don't spend all their time on the computer.  There are open fields to play in, cats to chase, holes to dig, neighbours to spy on and boskas to bombard with (or 'with which to bombard' if you want correct grammar).

Unfortunately they did not take into account the poison part and ended up with red rashes over their arms and legs which thank goodness disappeared after a good scrub in the shower.

No one got told off or scolded.  This is what kids are supposed to do.