Looking back to summer.  That's not long ago.  A week?

The rains finally started and so winter-autumn? began.  Autumn I'd say.  It's still not cold and until the rain set in the beach bars were open and holiday makers were swimming.

Over the last few days the earth has finally had a really good drenching.  Olive and lemon trees have perked up and that lush green clover has appeared seemingly overnight.

Before all these changes we had the grandkids here for an overnighter.  The next morning they made pancakes and nutella, heaps of toast and marmite and then took over the preparation for lunch. 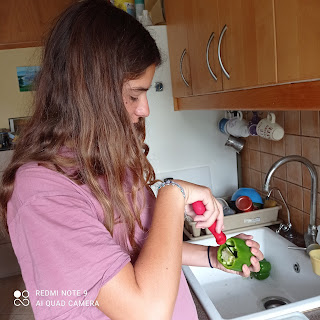 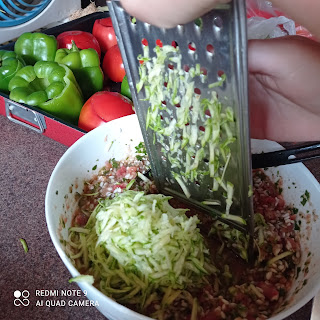 Per Papou's instructions a grated zucchini was added to the mixture. He overlooks all activities in this house.
He got the idea from an old lady who used to cook for her taverna.   There was too much stuffing and it didn't add to the taste or texture.  It won't be repeated, by me at least.  His mother didn't do it, why should I. 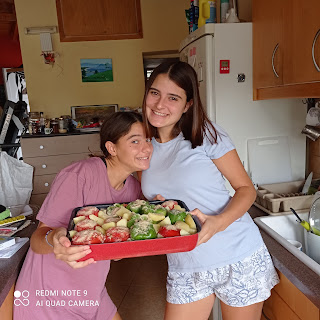 Happy, happy.  Tomatoes and peppers stuffed and ready for the oven.
Posted by local alien at 02:12:00