Outdoor exercise is permitted, swimming in the sea, walking the dog  and when you have tennis courts next door, as my daughter does, you can play a game or two.  Mostly people around here walk, in pairs, in groups, on the road, along the coast and up the hills. 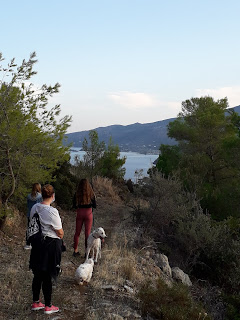 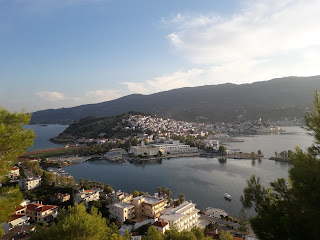 Looking down towards the Naval Base and the main town.
The hills in the distance are on the mainland 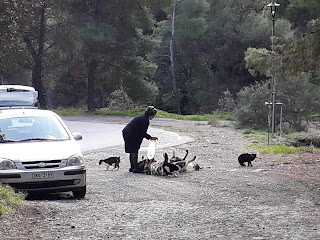 Feeding the strays
There is an area near a small rural church where cats are dumped.  They are fed and looked after by some of the locals and the
animal welfare society.  Now and again they are all rounded up and sterilised so at least they are not reproducing. 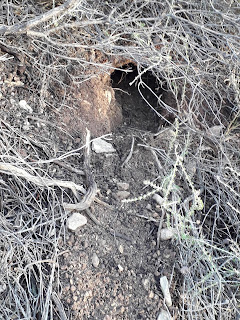 An animal burrow.  Quite large.
I can't imagine what would live in their.  We don't have foxes, wild pigs or anything large enough to fit in there.  It looks too big for a rabbit 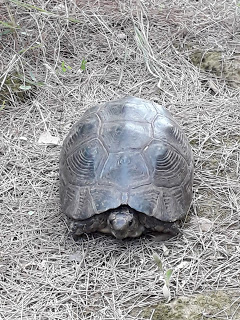 Maybe it was this tortoise who should have been hibernating