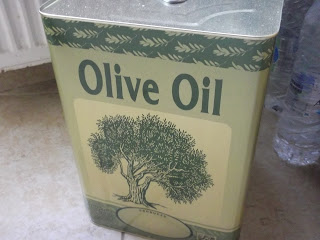 17 litres of the best of this year's olive oil

Mid October.  Before the rains.  Before the oil press/es had properly opened.  The first olives were being picked.  The oil from this first early harvest gives a thick, rich, green oil called αγουρελαιο/agourelaio meaning olive oil from unripe green olives.

We were very lucky to be given a 17 litre can of this finest oil.  Hand picked by a friend of ours from his farm on the Peloponese.  780 kilos of raw olives gave him 142 litres of oil, about 5 1/2 kilos to a litre.  That's a good ratio.

Early oil is prized because of its low acidity.  Low acidity means that it is resistant to oxidation and remains fresh for a much longer period of time.  Being stored in a tin reduces its exposure to the sun  helping it to  remain in first class condition.

The first oil of the season is sought after because of its powerful antioxidant content.  A greek superfood.  I have heard our friend claim that this oil helps to cure stomach complaints and much more.  Eaten raw in salads it can give an almighty boost to the immune system 'so they say'.   One hardy friend drinks a glass of extra virgin oil first thing in the morning with a good squeeze of lemon juice.  I don't think I could stand that and neither could my stomach.

The full bodied flavour is not to everyone's taste.  My two girls, although brought up on fresh oil, do not like its strong taste and wait for the November harvest to gather their oil.  The only way they would even try this green oil was when their Yiayia (Grandma) fried little pancakes which they ate covered in sugar.  It used to be a tradition for my m-in-law to make these 'tiganites/little fritters' as soon as the first olives were pressed.  I think my sister-in-law still makes them for her grandson now and my daughter and her children who live upstairs in our old house. 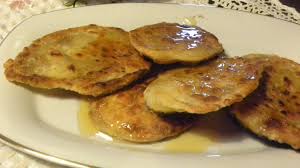 Crisp, piping hot, fresh oil fritters covered in sugar or honey.  They are made from a simple flour and water mix 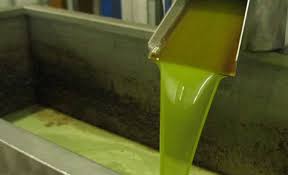 Most of the olive trees around here are of the variety called 'manaki'.    I have read online that the oil tastes of
artichokes
tomato leaves
fresh cut grass
citrus fruit

None of those adjectives are particularly appealing. Around here the taste is said to be sweet and slightly peppery.  Now that is more like it.

It is still raining and sometimes it is pouring.  Next week the olives will be plump and full of oil.  Vaso and her family will be out picking and so will everyone in the neighbourhood.  I hope the weather is sunny and warm for all these harvesters of 2017