Reporting from the Greek isles

'Waves' a waterproof couch which floats . 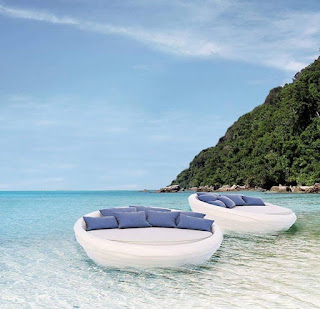 A couch which floats and you don't have to blow it up.  Two greeks designed these couches.  From what their web site, Inomo, says they
are made out of fibreglass.  They are 2 metres across,  handmade and can be used on land or sea. Available in a variety of colours  I'm sure they are very popular on the island of Myconos where the rich and famous lounge around on them as part of their 2,000 euro a night package deal. 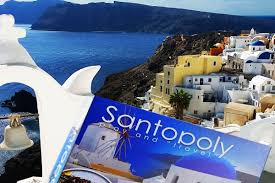 For a Grecophile who has every kind of souvenir a tatty gift shop can stock, the Santorini board game
can immerse you in hours of Greek fun and games.

A real-estate board game set on the volcanic greek island of Santorini.  The model Cycladic cavehouses and hotels used in the game are designed by a  local artist.  It sounds like  monopoly  with greek villages, cave houses and donkeys.  And the cards give you information on each site so you can learn as you play. 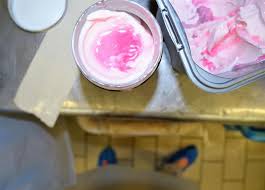 Greek ice cream makers from Thessaloniki, the capital of Northern Greece, have cooked-up an icey dessert which will make both wine drinkers and ice cream lovers very happy.

They are not the first to have this idea but their ice cream is made using 6 greek grape varieties.

For some reason they have named it Ice cream Darling and most of it is being exported.

Some of the Flavours?
Asyrtiko (name of the grape ) and lemon
Xinomavro and vanilla cream
Moschofilero with fig
Malagouzia and peach 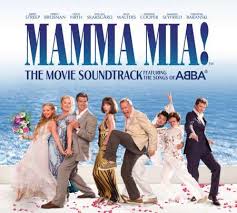 The sequel to the musical Mamma Mia is not going to be filmed in Greece.  It will be filmed on the Croatian island of Vis this autumn.

The hit movie featuring the music of ABBA and starring Meryl Streep was filmed on the greek island of Skopelos.  The sequel is titled Mamma Mia, Here we go Again.

Along with all the money the sequel would have brought into the country, we'll be losing the flood of tourists who came to see for themselves the picturesque greek island where the film was set.

Croatia is becoming popular with film producers.  Game of Thrones,  Star Wars and Robin Hood were all produced in Croatia.