YES or NO that is the question, EURO or DRACHMA, AUSTERITY or POVERTY

FRIDAY.
While the elderly are struggling to understand and use their new bank cards  and withdraw a measly 60 euros an official high up in the govt gives himself a 110,000 euro raise. He got demoted, not fired, and lost his 'raise'.

Supermarket in Athens suburb 'invaded' by 30 people who threw leaflets and grabbed bags of food.

This reporting reminds me of the Brisbane floods when Paul was trapped in a flat in a high rise building and sending us updates.  Quite exciting as long as it is not you!   Hope our troubles recede as fast as the flood waters. 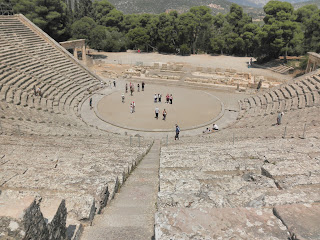 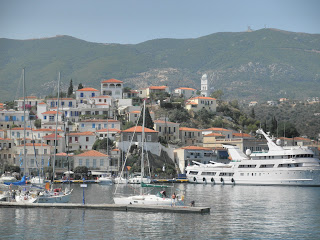 
What's the capital of Greece.  About 10 euros!


The President of Venezuela sent a message for Greece.  So nice of him to tell us that 'NO' is the only way to go.    His people ate dog food to survive but they will recover and so will Greece if only we say 'NO'

I say 'NO' to eating dog food.

Greek phone company Cosmote has given me 400 minutes free talking time on my mobile until Tuesday after the referendum.  I vote Yes for Cosmote.  I have had no money on my mobile for over a month. Way to go.

SATURDAY
Tourists still here and enjoying the sun and the sea.  Those who have booked holidays though are cancelling as they watch the news and are uncertain about the conditions they will find here.
Tourists with foreign bank cards can withdraw as much as they want - as long as the ATM has money in it.  I wasn't happy to have a tourist in front of me yesterday when I went to withdraw my 50 euros.  They withdrew a wad of bills but fortunately did not empty the machine.

Tsipras says he will sign a deal within 48 hours after the referendum and banks will open on Tuesday.

Banks may open but they won't be giving anyone any money.

No political discusions on TV  today.  Back to old black and white greek movies, music shows and cooking programmes.

Visited our  neighbours tonight for fish that Kostas caught and a bottle or two of their wine.  Beautiful evening under a waning moon, the only sound was the wind in the grape vines and a cricket or two, plus our loud voices.

We laughed at ourselves, our politicians and the way the greeks enjoy life no matter their circumstances.

SUNDAY  referendum
Poros was not busy today.  We went and voted and then sat down for a coffee.  The cafeterias were half empty and for once there were parking spaces.

We ended up with a crowd of friends and neighbours all having a 'last coffee' and drinking to the good old days of wine and roses.

Conversation was varied and heated as usual.  I learnt how to salt pork and use herbs as medicine. The subjects ranged all over the place from  what it was like to live here during the german occupation, how greeks have to change their habits and way of life if they want to save their country.

7pm.  Voting is over.  Looks as though the 'NO' vote is winning.  At least the referendum is over and we get to the next stage, whatever that may be.

With friends watching all the results, speeches and theories for the immediate future.  Making a new shopping list for early next morning.  At least we'll sleep easier knowing that we can provide for the larger family and ourselves in the next few weeks or months.

Leader of the opposition and ex-Prime Minister resigns.

Some really clever comments on Facebook - in greek.  They're giving us all a belly laugh.  Just what we need right now.

Bombshell. Associate Minister of Finance announced that once banks open, clients can go to their safety boxes with an employee of the bank and may remove anything in the box except money.  She said the bank would not take the money and it would be safe....YE who's she kidding.