Looking back to 2014 and an extended family baptism on the next door island of Aegina.  I have a cousin who was married to a greek woman, lived in New Zealand, who moved to England, remarried and whose son married a Greek.

Cousin John's son, with the Greek wife, had a daughter and they decided to baptise her on the island of Aegina.  The child was baptised Marina.  The baptism took place at a picturesque blue and white church dedicated to *Saint Marina overlooking the village of *Agia Marina. We were invited to the baptism naturally enough, being the greek connection actually living in Greece. And Poros is next to Aegina in the Saronic Gulf.

* Agia is the greek for a female Saint.

So we booked tickets and a hotel and arrived with half the family.

Back then it was easy.  We got on a boat and sailed for an hour to Aegina.  Nowadays we would have to take the hydrofoil back to the port of Piraeus, 1 hour, wait and catch a boat to Aegina, another hour. And the same to return.  Plus the bus ride around  to the other side of Aegina to the coastal town 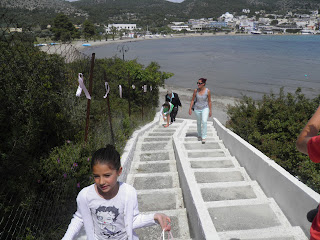 Walking up to the church on the hill 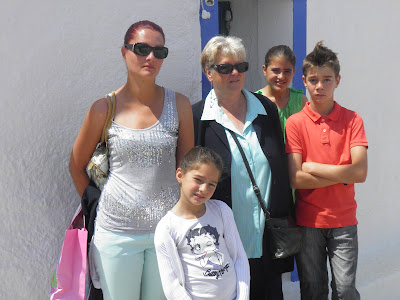 Here we are, our family contingent, minus K, the photographer.  Don't worry, he turns up in another photo
Me and daughter with 3 of the grandchildren 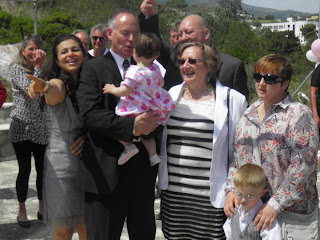 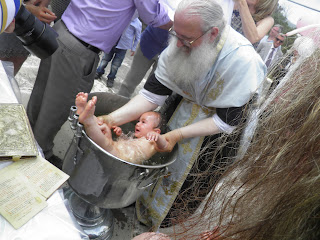 And in she goes.  She was dunked right under 3 times 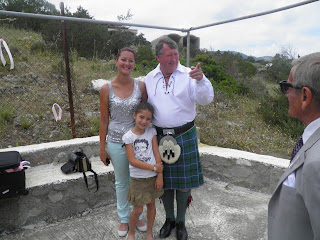 He is, obviously, Scottish.
Can't remember his name.  I think he is a friend of the english family.  He was very popular as everyone wanted a photo of him and his kilt 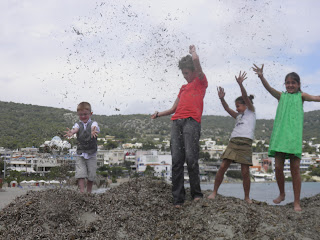 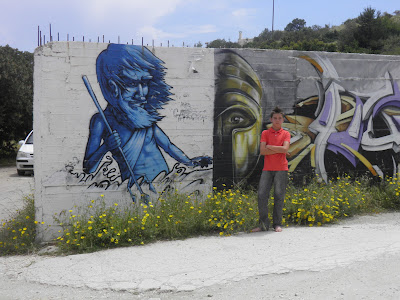 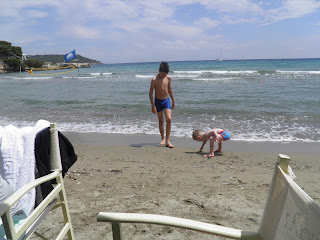 The reception took place at a small taverna right beside the sea.
It wasn't quite summer but warm enough for small children to enjoy a dip in the waves 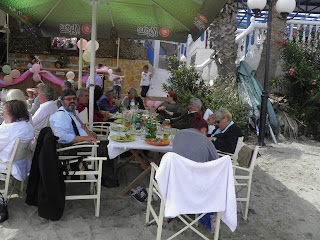 Here we are seated for lunch 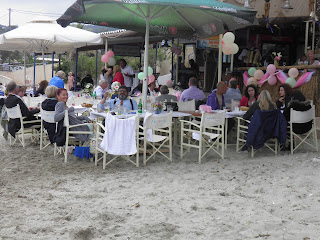 Party on the sand 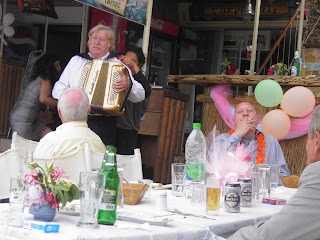 And then came the music
The accordionist was the french step father of the greek mother of little Marina.  An international crowd 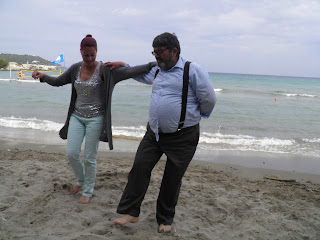 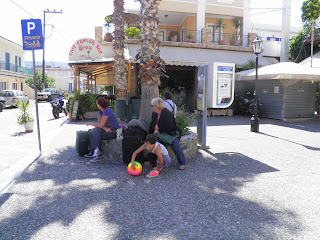 Waiting for bus to do the return trip round the island and down to the Port.  The bus takes the scenic route through the villages which was great for us. 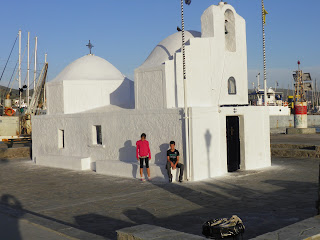 And another little white church.  This one is down on Aegina harbour.  One of the first things you see as you get off the boat