This traditonal eating place  re-opened in the back streets of Poros
It is not a taverna or a ritsorante or a grill place or a bistro.  This new eatery is called a 'Mayerio', a Kitchen and has been in the same place, under various managements for many many years.

My husband worked here when he was a very young lad serving half kilos of wine and running errands.  Child labour.   Not unusual back then as the whole family from Yiayia to toddler helped run the business, as they do still in many places, peeling potatoes, sweeping, carrying heavy trays or for the toddlers just looking cute and attracting customers. It wasn't their family taverna by the way but the couple that ran it were childless and used the local children to run around.  K would work there before and after school till he went into the Naval school. 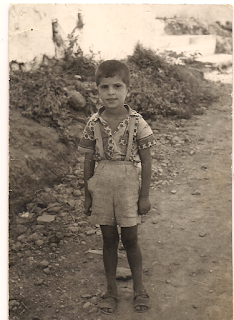 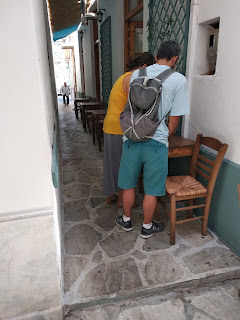 You can eat inside or in the alleyway. 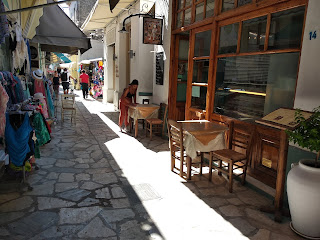 The narrow backstreet where this cook shop is located.
Open from early morning to around 3 or 4, depending on customers, closed in the evenings and weekends 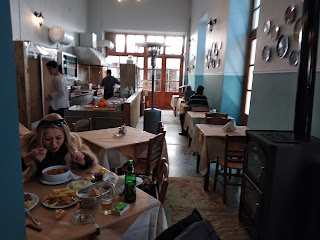 The years of grease and grime have been cleaned off and it has been given a face lift. 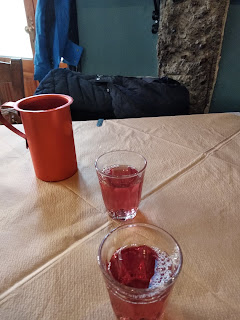 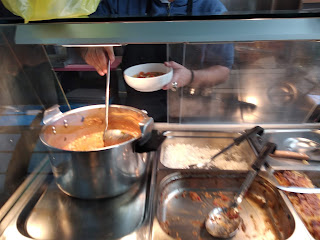 A great pot of fassolatha, bean stew.  Their other speciality is goats foot and stomach soup, patsas 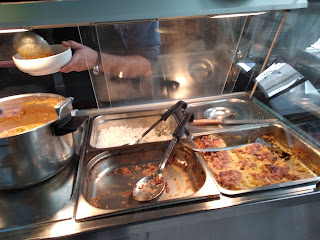 Giant beans, gigantes are finished, next to it pastitcio, baked macaroni 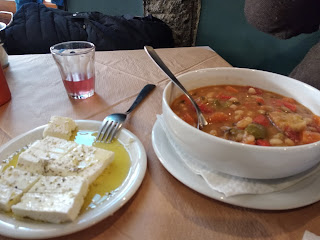 Kostas had the bean soup which prompted a loud remark from his grandaughter.  'You went out to eat and you had fassolatha.  Are you mad?'  No, just traditional to the core.